Plot: The movie starts with the new Avengers B-Team (as I like to call it) on a mission to track down The Winter Soldier. Expect some witty Russo Bros. banter between the team. Along the way, they are approached by Nick Fury about tracking down another new hero spawned by a lab experiment gone wrong; Spider-Man (I hope Nat Wolff). Spider-Man joins the New Avengers Squad. Then the Winter Soldier, their mission in the first place, assassinates a leader of a secretive nation called Wakanda, named T’Chaka. In response to this Henry Gyrich (a merge of Henry Gyrich and Everett Ross played by Martin Freeman), the nation’s lead expert on Wakanda, Thunderbolt Ross, who has been tracking Winter Soldier ever since SHIELD fell, T’Challa, the new king of Wakanda and son of T’Chaka, and Sharon Carter, head of a new Superhuman Strike Team, propose a bill called the Superhuman Registration Act. This causes fall out between several heroes, and Tony Stark takes a stand supporting it, and Captain America, with his team of “rogue heroes” go into hiding. Iron Man, now head of Agent 13’s strike force, team assembles and takes some of Cap’s recruits for an Avengers Academy type feel, and they go after Cap’s team leading to a big climax battle. In the end, Iron Man corners and beats up Captain America, and Steve brings up his father. Cap turns himself in on live TV, and during that he is assassinated by Crossbones, who was working for the government during the war, but went rogue.

MID CREDITS: A teaser for Doctor Strange, with Stephen Strange (Cumberbatch) operating on a patient

POST CREDITS: The Winter Soldier, who was on Cap’s team, becomes the new Captain America 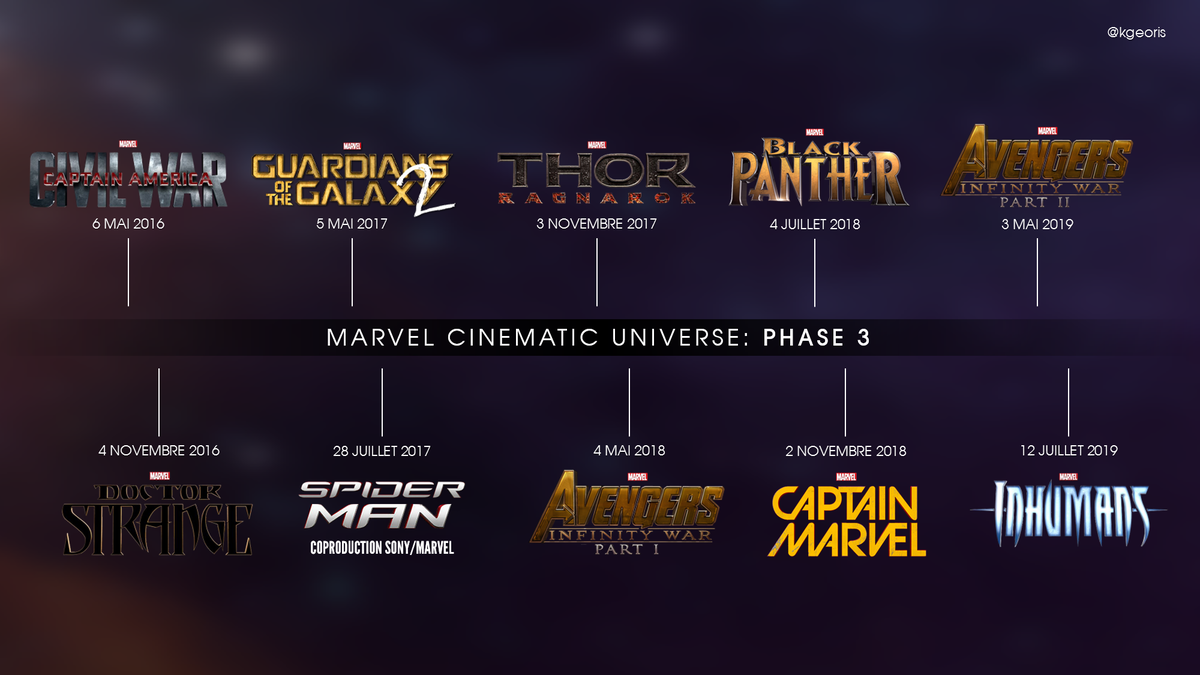